In times of health crisis, we sometimes turn to unusual rituals – like the clootie wells.

To say it’s been a strange time in the world would be an understatement. We might feel we’re reliving the same day over and over except for seeing the change of the seasons outside the window. The cherry blossoms have come and gone again and days grow longer, marking summer’s arrival.

Health has been on everyone’s mind – whether we fear for others’ or our own, and often both at the same time. This virus has made us more acutely aware of every change in our bodies. And, for a lot of people, encouraged us to treat these bodies better. But we’ve also been made aware of how powerless we can be when it comes to health.

Modern medicine, and media to a certain extent, has made us think we can defeat any ailment. It’s molly-coddled us – or maybe that’s just the blindness and naivety of youth speaking. But we collectively face our human fragility now and that’s a difficult thing to bear.

In times long gone by – we would have faced our fragility on a frequent basis. And in the absence of advanced medicine – we would have turned to faith and ritual for help. In the face of feeling powerless, taking some sort of action can help soothe us and give us hope. This thought reminded me of the Clootie Well in Munlochy I visited a few years ago.

About the Celtic healing wells

In ancient Scotland and Ireland, Clootie Wells became a place where pilgrims would come and make offerings, usually in the hope of having an illness cured. A ‘clootie’ – being the Scots for cloth – was a natural-fibre (cotton) rag dipped in a spring or well and tied to a tree until the rag decomposed along with the illness or ailment it represented.

The unusual tradition dates far back into pre-Christian Pagan times, to the practice of leaving votive offerings to the local spirits or gods in holy wells and springs and is still practiced today. It is considered bad luck to remove the rags – some myths warning that whomever removes a rag will bear the misfortunes of the original owner unto themselves instead.

There are only a few Clootie Wells left in Scotland and Ireland and are still abundant with offerings from locals and tourists alike. There is another sizeable Clootie Well near Culloden, Inverness.

I like to believe the Clootie Well provides hope and a feeling of taking action, when we feel at our least able to influence outcomes. As we walked through the Clootie Well on a late summer’s afternoon, it has a haunting atmosphere. It takes your breath away, and we found ourselves unable to speak louder than a whisper. And a part of me wonders if there are at least a few offerings there to the spirits to help us control Covid-19 – I hope so.

I was interested to hear about the presence of the well from a local and asked Sara Thomas, who grew up in the Black Isle, to share a few words…

“Around thirty years ago, my folks pulled the car to the side of the road just outside of Munlochy, and someone took off a cotton sock, ran it under the spring’s waters, and tied it to a branch.  We were looking for a new place to live.
We learned in school that it was a well for healing – sacred or superstition, depending on your outlook – a site that’s been in constant use for hundreds of years.  As the material broke down, so did your problem, or ailment.  I remember being told that the council had wanted to clear it up, but the workers refused to take away the rags, not fearful so much as not wanting to disrespect the site.  (That may, of course, be apocryphal, but it makes for a good tale…)

At that time, there was no real car park and no explanatory forestry board, just an eerie collection of rags covering trees on the hillock that rises above the well, confusing for tourists, but part and perfectly normal parcel for locals.

One of the last times I was there I happened across a friend I’d not seen in years, he talked about how the water shouldn’t spring from where it does, but it does all the same.  The time after that I was looking for a moment of peace and reflection… and was joined by a coachload of tourists.  But they were there for much the same reason I was, and the guide had armed them with strips of a cotton pillowcase; they made their offerings, and left – if a little curious about the woman watching them from further up the bank.

The sock served us well; we found a house a few miles away not long afterwards.”

– Sara Thomas, raised in the Black Isle and founder of the 100 postcards blog

The Munlochy Clootie Well is right beside the A832 Fortrose and Cromarty road, the car park is ideal for visiting the well safely. The carpark is suitable for bus/coach and has a disabled parking bay.

When visiting in the late summer you’ll be lucky to be greeted by bountiful mounds of bright purple Scots heather.

If you wish to bring an offering, please bringing something which is natural fibres – anything man-made or synthetic will not decompose and effectively litters the area. Doing this can avoid cleanups like this and keep the Wells as natural as possible.

Visit the Forestry and Land Commission for more info about visiting the well.

If you’re visiting Scotland and thinking about having a photography experience whilst on your trip then do get in touch. 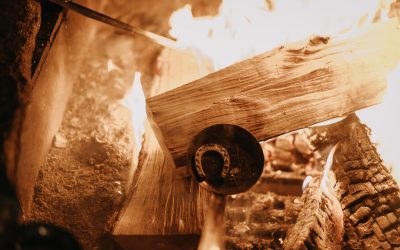 The elements we hold – an art collection

We stood looking at each other. As vulnerable and bare as the day we were born, with a silent question between us. As...